Ok, so after the installation ended I got the dreaded "Solaris 10" Software Installation partially failed. 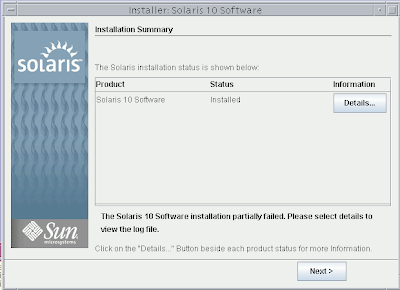 The detailed error messages were located in /tmp/install. Most errors were related to unallocated space in UFS something that may be explainable by the fact that it is an expanding file system and for a virtual machine. However most installations were successful so I decided to ignore the errors for now (after logging) and proceed. 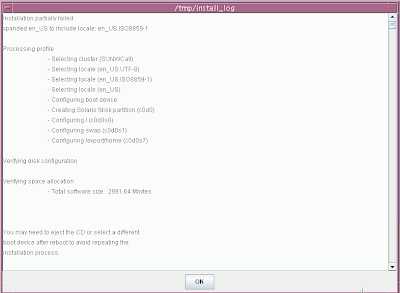 Next was the confirmation screen for additional software which had installed successfully. 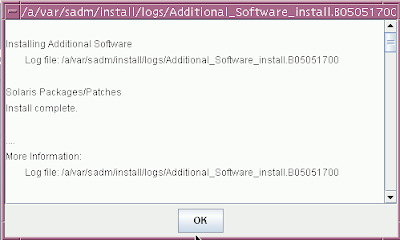 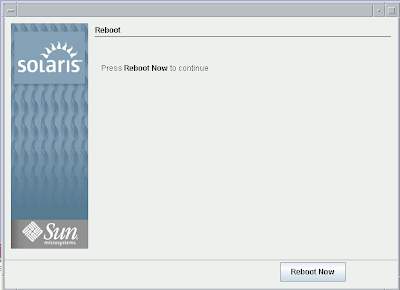 Upon reboot, there were some errors related to scratch registers. I will investigate them later but for now, let's continue. These errors relate to the fact that we are running as a virtual machine. 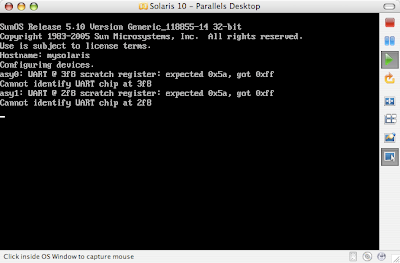 At this point the virtual machine froze for a long time so I decided to stop and start the execution again. This time I got the "All devices are configured" message followed by a question about whether I would like to overwrite the system's default NFS version 4 domain name. I answered no. 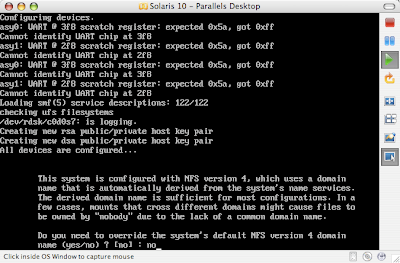 Then Solaris started in GUI mode. At this point I can finally login. 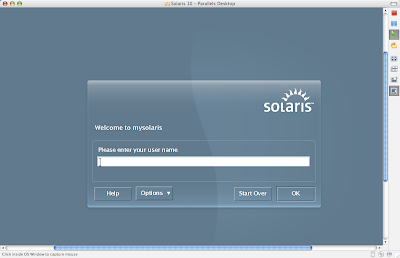 When you login for the very first time, you will be presented with the option of choosing the default desktop. 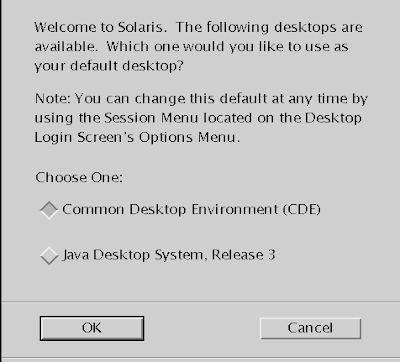 .
At this point, I will like to get the networking working (:)) as that has been an issue so far. I will continue from this point on in my next post.

Hi Frank,
your documentation of Solaris10 inst is a fine work. I did pretty the same with an older DVD release. But networking remains the issue for my tries with Solris10 and 9. I could not yet find and configure the NICs.
Did you already figure out the how tos?
Gruss! Carsten